- Before you leave
- Arriving in London 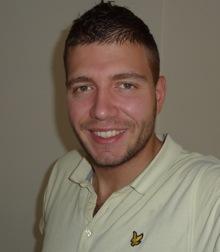 Originally from the suburbs of Paris, Arnaud arrived in London in 2002, having gained a degree in Mathematics with two years of advanced computer experience. With only broken English, no bank account and not knowing anyone in London, he still wasn’t discouraged in his decision to move to London, but the first few weeks were very difficult,

As I had no bank account, I couldn’t cash my wages or any cheques! I had to borrow money from my colleagues at work in order to eat. It was far from simple.

Despite this however, Arnaud, 33, only has fond memories from his experience in London,

I found a job early on once I’d arrived in London and I haven’t been out of work at all. I chose to work as contractor, which allows me to make a good living by taking on project contracts of several months at a time. It’s allowed me to work for a number of very different companies.

Arnaud believes that he could never have progressed in his career so quickly if he had remained in France;

In France, I had no opportunity to progress because I didn’t the required experience or certificates, but with a little perseverance, motivation and resourcefulness, I built a career in London in just a few years, which surely would have taken ten years in France!

Currently living in Angel with his English girlfriend, they soon plan on buying an apartment together in Dalston – a big step forward! At ease in English as well as French, he doesn’t consider a return to France for the moment. Living with an Englishwoman has certainly improved his language skills to a fluent level,

At first I spoke almost no English, but surprisingly that didn’t stop me finding employment. Here, if you work hard and don’t worry too much about the language mistakes you’re making, it’s better to get your meaning across rather than saying nothing. London is such an international city, it’s definitely one of the best places to be a foreigner without too much difficulty!

Being French, Arnaud has a healthy appreciation for good food and good wine, however having well and truly adopted London as his home, these days he’s more likely to be entertaining guests on the terrace for a BBQ!