- Before you leave
Arriving in London

Arriving in London - What to do 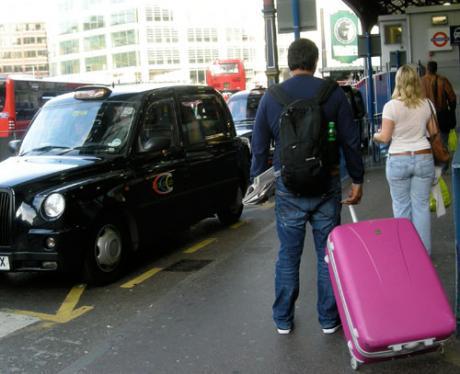 Being able to be contacted during the first few days upon is important as you’ll need a phone number to give to a prospective employer or landlord.

Fortunately, phone companies are everywhere. Simply buy a "pay as you go" package from any operator for low-cost pre-paid phone. Allow £20 for the phone and a top up of £10. Should you wish, you can subsequently turn your "pay as you go" phone service into a contracted account, whilst retaining the same number.

The best way to compare the different offers of various phone companies online, but contract packages usually start from £20 (after tax,

London is divided into several districts or areas called ‘Boroughs’, with an array of postcodes depicting North, South, East or West London (postcodes beginning with N, S, E and W), in addition to the East Central and West Central postcodes (EC and WC).

In Zone 1 or 2 (what is widely accepted as the center of London), rent is often high and a large majority of Londoners have opted to ‘flat share’ to keep accommodation costs down. Given the price of public transport, and you will often see people moving to residential areas within an easy commute of their workplace.

Given the expense involved, Landlords will often ask for a deposit of six weeks rent, ahead of you moving in, however this isn’t always the case and Landlords may ask for anything from one month to two months deposit.

If sharing, whilst it’s important to make sure you’ll get on with the flatmates, remember that the roommates are choosing you and not the other way around, often asking specific requirements such as a non-smoker, neat, friendly, etc.

The most used sites are:

Despite it’s faults, the National Health Service (the NHS) is a free service. Upon moving to London, it’s advised to register with your closest GP. Once registered, they are available free of charge should you have any health problems (NHS.co.uk).

For emergencies, there are also NHS ‘walk-in’ centres at various points around the city, however the wait is often long. Further information on this and other points can be found in the ‘Day-to-Day’ section of our website under ‘Health’

Upon arrival, it won’t be long before you have to take the Underground. The oldest underground rail system in the world, it serves 274 stations on eleven lines throughout Greater London. The tube map is clear and concise, with each colour on the map representing a different underground line.

It costs around £100 for a one-month season ticket with an Oystercard, allowing unlimited used on buses, tubes, trains and trams throughout Zone 1-2. There are also options for weekly tickets (c.£25.80) and ‘pay as you go’ where you credit as much or as little as you want to your account. (TFL)

The bus is the most economical means of transportation, with fares costing just £1.20 per journey on pay as you go Oyster, however it will take longer than the tube due to central London traffic.

As well as topping up in underground stations, you can also credit your Oystercard online and in newsagents that display the ‘Oystercard’ symbol.