Moving and settling in

- Moving house in London
- Furniture
- Being neighbourly
- Internet searches for everything

Flatsharing - The most common accommodation solution in London 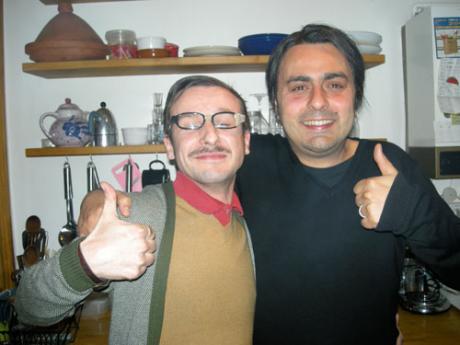 Flatsharing is commonplace in London, and indeed any major city. It is a great way to reduce costs and usually works out much cheaper than living in a place of your own.

There are many online sites offering flats available for sharing, with gumtree being one of the best and most used.

The Gumtree website has a whole section dedicated to flats available to rent or share, with prices varying from very cheap to very expensive, in all areas of London. The site is simple and easy to use, and there are often maps and photos within each ad.

The other thing to bare in mind is whether or not bills are included in the rent. Sometimes utility bills or council tax may already be included, but make sure you check as if you have to pay from them yourself, it all adds up and can easily come to over £200 per month for a two bedroom flat.

Once you’ve found a place you want to view, contact the advertisers via email or telephone and make an appointment. Remember that you will meet your prospective flatmates and if they don’t like you you won’t be asked back, so be polite and enthusiastic and you’ll have a better chance.

It is important to feel comfortable with the flatmates, the apartment and the area and beware of flats advertised at incredibly cheap rates – if it’s too good to be true, it probably is. Lucia, from Bordeaux, had such an experience,

I found a brilliant ad on Gumtree for £90 a week in Camden, with £45 per month for bills, including water, electricity and broadband. When I arrived, however, the apartment was tiny and the house was quite run-down and the location was closer to Tufnell Park than Camden. I shared with three other people, one German, one Polish and one Irish, but I found myself sharing a bathroom with three people and I didn’t stay there long.

It’s not uncommon to see a number of people viewing the flat at the same time as you. In general, the flats are let on a ‘first come, first served’ basis, so if you come with the deposit ready, and you love the flat, you can say yes there and then and not lose out to anyone else! So if you like the look of a place, reply to the ad ASAP as these things sometimes go very quickly.

If you are lucky enough to already have a network of friends already living in London, use it to your advantage. Often Londoners know friends, or friends of friends who are looking to share a new flat, or who are looking to take on a flatmate in their current apartment. That's how Marion, 33, found a flatshare within a few days of arriving,

I was staying with friends in London and at one of their parties I met a French friend of theirs. He who was looking for someone to flatshare with as his old flatmate had just returned to France. We got on really well, so we decided that I should share with him.

It may seem unlikely, but using whatever connections you have can reap rewards when it comes to finding the right place.